“I was dreaming when I wrote this, so forgive me if it goes astray…” Prince

In today’s politically correct culture, the social restrictions on speech seem to be growing exponentially. Socially accepted manners and niceties have been crowded out by personal attacks and shaming. We have become an easily offended society who requires safe zones and therapists to deal with mere words. The problem? When there are calls for government intervention to force others to “stand down” with their speech, it becomes an entirely different issue… A very slippery and dangerous slope. A slope that leads to verbal and intellectual enslavement.

True Liberty, by nature, can be and sometimes should be offensive. Why? Because being offended forces you to defend your positions and thought processes, it causes you to examine the subject in question at a deeper level and then justify your stance… or abandon it. Having our little feelings hurt helps us grow and builds character. In other words, it contributes to our own intellectual evolution. It’s definitely not fun, however… and there in lies the problem.

Not everyone can admit to being wrong and inward reflection can be incredibly painful to our pride, but for society to progress, we have to be intellectually honest with ourselves.

I truly believe that the founding fathers (and the philosophers who influenced their thinking) were on to something…  Liberty should be held above all things.

If you agree, then you should be measuring government’s actions and usefulness with one simple question:  Does a particular government action allow or inhibit personal liberty? If it inhibits, then it is morally wrong. If it allows, then it is good.

Everyone claims to want freedom…everyone wants to do as they wish, when they wish, and how they wish, and yet, there are several, all across the political spectrum, who ardently believe that government oversight and intervention is the catalyst for freedom…or just a welcome and necessary evil.

Some want morality legislated and some want safe spaces, others want government to guarantee financial security and health care. Each group, in their own way, is asking government to inhibit the freedoms of others. Whether it be through forced taxation in order to gain financial security, or through direct inhibition of someone’s personal liberty, it is all morally wrong.

If you consider yourself a Christian, as I do, you understand that even Christ gave us a choice and the freedom to choose the righteous path or deny it. Believe it or not, we do not need government to affirm or deny our beliefs or to force them on to others. As long as a particular sin doesn’t infringe on our freedoms or the freedoms of others, then government has no role in its prohibition. We may feel that the sins of others are not biblical or even against the intent of Christ’s teachings, but “all sins are equal”…including the ones we as Christians commit. The great commission tells us to spread the word…not to force it down someone else’s throat via government action or violence. If we spread the word and live a righteous life, then we have fulfilled our commission. If we force it upon them, then we have removed their choice and accountability for accepting Christ.

Forcing others to live the way you think they should live is not liberty, it’s tyranny.

In regards to safe places and communal coddling, I believe you should be free to form a cooperative with other like mind individuals, form a community and create your safe place by buying some land …but you should NOT force others who wish to refrain from participating to be involved or even pay for it. There are several successful communes in the history of this country that have thrived without tax dollars. Koinonia Farms in Sumter County Georgia is such a place. In this commune, you are provided with room, board and food in exchange for your labor on the farm. It’s a communist/socialist Christian community that has thrived for decades.

The same goes for communal security and health care. Join liked minded individuals, pool your resources, and create an environment of communal care. It’s not a difficult task. You can pool your cash rather than forcing government to steal it from others for your own benefit.

It’s not the government’s role to babysit, set moral code, or to force public opinion. Their role is to preserve freedom.

So, what IS the absolute worst thing anyone could ever say? If you haven’t figured it out based on my partially coherent ramblings, then let me shed some light on it.  Any statement that starts with the words, “There should be a law against…” or “The Government should do something about…” is the absolute worst thing you could ever say. We’ve all said it…yes, we’re all guilty, but when you utter those words, you ask for a restriction of your liberty. You are literally begging for tyranny, and you are asking government to deny your fellow humans a chance of living a liberty soaked life. What an absolutely terrible thing to say and even worse thing to do…. 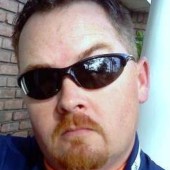